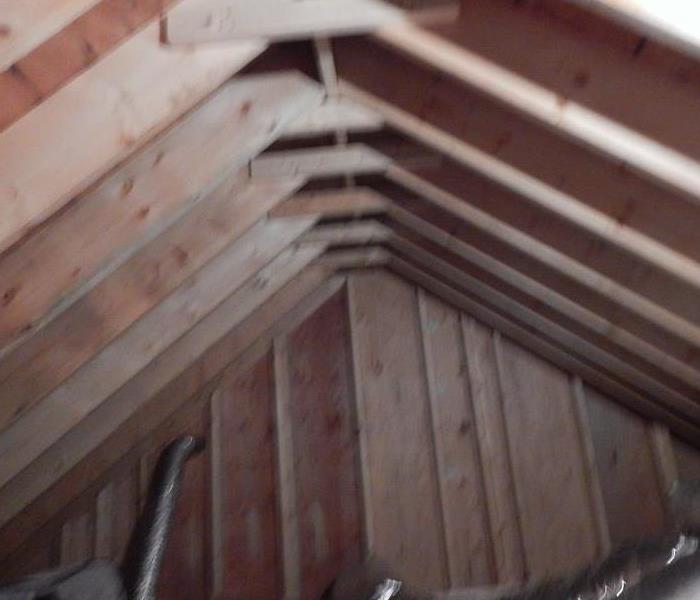 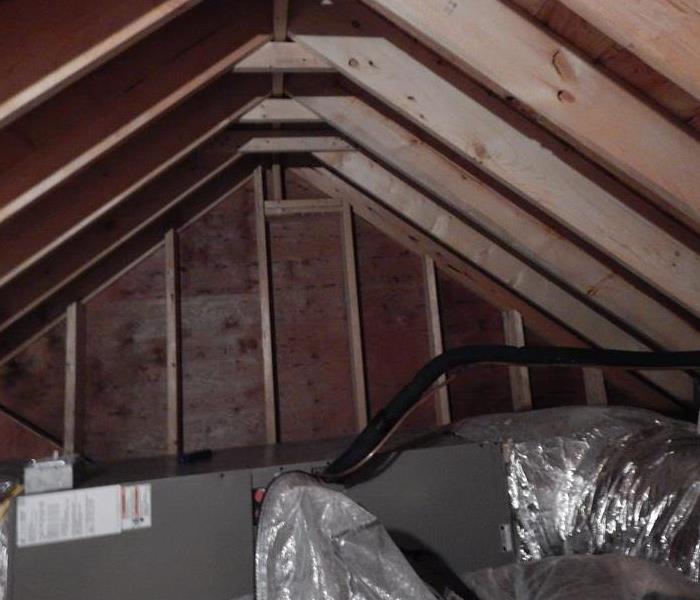 It was near Halloween, and the homeowner wanted to get the decoration from the attic. When he had entered the attic he saw what appeared to be mold throughout the attic. The rafters as well as all the boxes stored up there had remnants of mold.

SERVPRO of the Bridgewaters trained technicians arrived at the home and immediately went to work. They cleaned and removed the mold. Unfortunately the decorations could not be saved, as there was no way to clean them. With the work completed the homeowner had shown his satisfaction with a handshake and a smile. The technician had just witnessed another satisfied customer.

if you think you have mold in your home, why not give SERVPRO of The Bridgewaters a call today at 508-697-5439